Inside: Even zombie monsters are no match for the dream laser; Why I outdoor; Dismal Swamp Kayak Camping trip

When I said there are cold adventures to be had — yeh, I said that. Let’s just say that I got cocky. When it’s cold out? You’re gonna be cold. I am a cold wuss. Cold hurts. You just learn how to manage and deal with it. Or buy those gloves with the hand warmer pockets built into them.

Anyway, I went kayak camping this weekend. First time I’ve been camping. Well, it’s the first time I’ve been camping when someone else wasn’t doing all the work. (I’m a fan of glamping.) I’m fascinated by this backpacking backpack I got. I get some kind of childish glee having this gimongous pack and knowing that it contains, like, a little house.

A 2-person 3-season tent, a Winter sleeping bag, a self-inflating bed roll, an inflatable pillow, hiking poles, food, water, first aid kit, miscellaneous gadgets, an inflatable camp fire, changes of clothes, outer layers, toiletries, strap an extra pair of shoes on there. Oh. I need to add some TP to that. (One of those things is fiction.)

I want to take it everywhere.

I do realize that I don’t know what I’m doing, though. There was an upscale outhouse where we camped. There are actually bathrooms with running water on-site but they were locked for the Winter (because people don’t do right and the pipes can freeze/burst).

IT GOT COLD, Y’ALL

I am not kidding. Hoooooly crap. Being wet from kayaking in sub-freezing temps as the sun set was brutal. Murphy’s Law struck and the organizer who had the raft that had all of our gear ran into all kinds of trouble, including punctures and leaks. It was well after dark and there was no word. No cell signal. Luckily, two of our group went back to check on him while the rest of us were out on the lake and ended up towing him to camp.

Lesson learned: Never leave a person behind. No matter how much they insist they have things handled. People will assume the role of hero or martyr for lots of reasons. Don’t let them if there’s any alternative. It’s not a matter of trust or competence. It’s a matter of anything-can-and-will-happen. A routine weekend warrior outing can quickly turn into a life or death situation. NEVER leave someone behind on their own no matter how capable they are.

Meanwhile, the rest of the group had no tents, no change of clothes, no extra layers, no head lamps and flashlights, minimal food, and we were all wet as the temperature plummeted.

Lesson learned: Don’t put all of your eggs in one basket. All of our stuff was on the raft. Some people even put their car keys and wallets in their packs. Do everything you can to avoid having all of your collective items of survival and comfort in one place.

EVERYTHING AN ADVENTURE SHOULD BE

Fun, challenging, scary, shaky, uncomfortable to the point of suffering, close to disaster, and then there was teamwork, problem solving, and the help of strangers.

Oh. First, thanks to Anita, Mike, and Kellie for making this happen. It almost fell apart there but they pulled it back on track. And thanks to Wild River Outfitters for taking up the slack and getting us our rental boats on short notice.

How does one get a good night’s sleep when it’s twenty-something degrees? You’re not supposed to close up all the flaps, apparently, which is counterintuitive. Granted, I bought a three season tent. I refuse to buy a winter tent. A four season tent? Is that a thing? [googles] Oh. Look at that. It is a thing.

How the heck am I supposed to sleep in a sleeping bag if I can’t stretch my limbs? Someone should invent a stretchy sleeping bag. I couldn’t sleep all mummied up and it was too cold to have any parts exposed. I ended up going into blanket mode, which worked surprisingly well. Threw in a few hand warmers, too. They kept shifting around but when you hit that sweet spot … oh yeh, baby. Them toes are toasty. The sleeping pad did it’s job admirably. And no, I did not sleep well. Not at all. Not unexpected.

How do you deal with ice cold condensation? Even though it was freezing cold, when I woke up my head was damp. Weird. I reached up to get something out of one of the mesh pockets on the roof of the tent and I pulled too hard so it snapped up, which slapped the rainfly and a shower of very cold droplets rained down.

Lesson learned: Open the vents even when it’s cold. Also stake down the extra points on the rainfly. If it were any colder out, the condensed water on the inside of the rainfly would have frozen. That would have made it extremely difficult to pack up and would have added considerable extra weight.

How do you not freeze your toes off kayaking in the deep cold wearing Keen sandals, which are of course soaked through? You don’t. You make better decisions from jump, knowing that the temperature would drop and your feet would get wet. Ultimately, while we were waiting in the screened shelter I had to recover toe function by putting one handwarmer in a ziploc bag around one foot and the other in a spacesaver bag with a handwarmer in it. That worked.

Lesson learned: Gear is specialized. It’s worth it. My paddling gloves were perfect for protecting my hands from water and wind, for example. But they did nothing as the temperature dropped. Odd but true. Wind-stopping and insulating are two completely different things. Worth it for the experience and the pics, though. 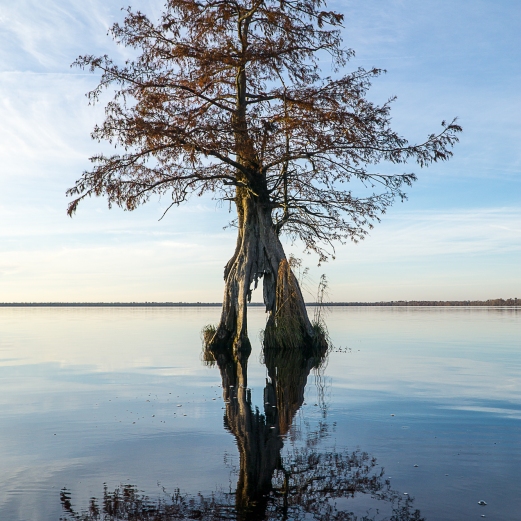 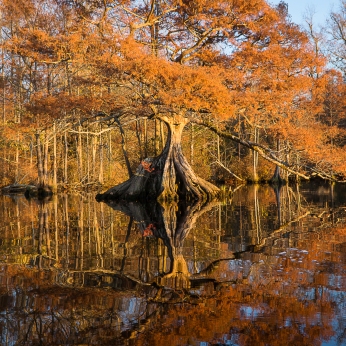 Not to mention all of the new places I have in my library of outdoor venues, and all of the meetup groups I’ve found.

For what? Uh. Ummmmm. Apocalypse?

Right. Sometimes I have zombie dreams. Sometimes I fly in my dreams. I miss it when I don’t fly in my dreams for a long time. Sometimes in the zombies dreams I’ll fly above the melee to try to keep safe. It’s never an escape, though. Just a reprieve. Often my zombie dreams have soundtracks. On more than one occasion I’ve awakened from a dream and can remember the music and have written songs that way.

But we all have the being-pursued-by-a-menacing figure or force dreams. Often it’s just you that the antagonist is after. Other people are just kind of there and you’re like, “Why is no one concerned about this axe-wielding zombie shark Frankenstein’s monster with a frikking laser beam attached to its head? And why doesn’t anyone care that it wants to kill me?”

Then all of a sudden your high school turns into your grandma’s house except it’s kind of like a log cabin now with a loft and it’s forty feet high.

Friday night I had one of those dreams being chased by some kind of unreasoning lumbering but still fast monster man. It just kept coming. I’d run, jump, hide, shift venues and he was always there not too far behind.

I was standing in a doorway by some stairs and I could see across the room headed my way. I was thinking, “I’m so tired of this.”

Then I reached out and picked up a pole about the size of a broomstick but made out of a white metal. I held it with both hands about mid-torso, pointed it and a white hot laser beam with a red glow shot out of the end, slicing neatly through the floor, a chair, a table, a door jamb, and half way through the thing’s right arm.

He grunted in pain and shock and, of course, kept coming. Meanwhile, someone from high school was in my grandmother’s kitchen pretty much oblivious to what was going on.

I pointed the dream laser staff again and with a little more precision lasered through a cabinet and its rib cage. To my surprise he dodged quickly behind a wall but I sent another beam directly across the wall where I anticipated he would be.

All of that being-stalked dream stress turned into a grin and a chuckle. “Oh yes. This is gonna be good.”

Then I woke up.

I don’t know how much stock you put into dreams but I’m pretty sure they mean things. They reflect your state of mind — confidence, stress, anxiety, anticipation. They collapse time and space and make you realize what a huge weirdo you are.

It’s always a good thing to have a new weapon in your arsenal to fight your subconscious manifestations of whatever the hell that was.